​It had to begin somewhere...
​Why not with me? 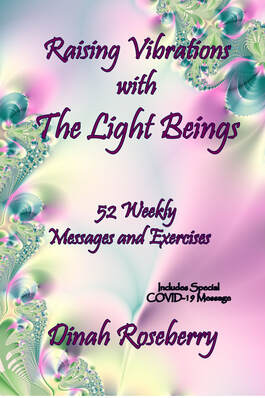 ​    Coming Soon
What's all this about anyway? I wrote the following explanation some years ago to remember how it all began. Innocently. Strangely. But hey...that was the me everyone knew—both then and now. I wrote after my first experience with the Light Beings back in about 2006:

One of the biggest things I learned had to do with channeling. Channeling is when someone else—one may not know who—comes through your mind, giving out information when you haven’t really asked for it. It’s more complex than that, but that’s the basic idea.

The things I was writing via their mind to mine had to do with raising vibrations and living well. They talked of understanding the Source (God) and that I was to help others in this important task of raising their vibrations.

My first question after being stunned by what was going on was: What’s a Light Being? Well, no one knew for sure I’d found out through my research via fellow authors and (sorry) the Internet. Some said they were angels and others said they were aliens. Again because of my propensity toward strange, I was okay with either and in awe that they would choose me to talk through. (It never occurred to me—nor will it ever—that this was insanity. Neither should you along this journey.)

Thus I began a spiritual life where something from “out there” was helping me limp along with good vibrational advice for anyone asking. I know, I know; if you’re not born to these kinds of things, it sounds crazy, and you may even be tempted to stop reading. Please bear with me, though. It gets stranger.

So now... the Light Beings have come to me to spread their messages further. Okay, I said in my meditation. How? Hmmm. Learning curve. Anyway, I'm pushing through and invite you to join me.
​

Other Roseberry titles
that feature the Light Beings:

UFO and Alien Management (on the paranormal page)