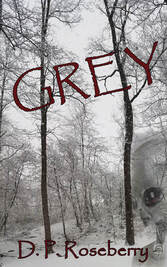 They've been here for a long time, taking us one by one.

It's time we said no.

​A novel of high strangeness. 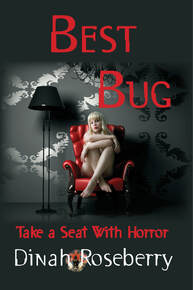 Randolph was a great guy.
He was.

Sally knew he was,
yet it was becoming  increasingly difficult to sit on the chair in her bra and panties day after day….

Until her best bug came along… 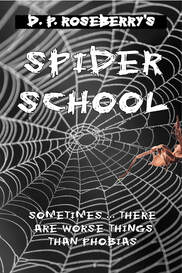 Sometimes . . . there are worse things than phobias.

Ariana has a  problem.

​Arachnophobia. This abnormal fear of spiders - big, little, any kind of  spider - keeps her from living the life she wants to live. With friends and fun  and everyday things. But then, Bobby Daniels appears in her life with a  solution. He runs a spider school for people just like her. People who want to  take control of their lives. People who want sanity in an insane world. People  who want to laugh at their fears. Ariana, after much negative introspect,  embraces the idea of the school - and Bobby Daniels. She is determined to rid  herself of the dreaded phobia. But there is something sinister about the school. And it just may be too late for Ariana to kick the spider habit.
Click to buy the audio book for Spider School!

No Way Out
Science Fiction, Fantasy, Mystery
​Available on Audio at I-Tunes and Audible! 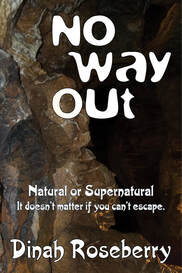 It doesn't matter if you can't escape.

What   would you do if you suddenly found yourself in an alien place where lights flashed gray, then white, strange people wandered about in confusion, and a hiccupping blue ball was assigned as your guide? Then there’s the terrifying black holes and the maze that seems to lead to…the end of everything… Will Kevin be able to navigate this strange land or will he succumb to the fears and strange mysteries of two frightening cities on his quest to find home? The only answer seems to be to “shoot the maze…” But how to do that is the question of the day, because there just may be no way out.
Click to buy the audio book of No Way Out!
Click to buy the audio for Hollow Wishes! 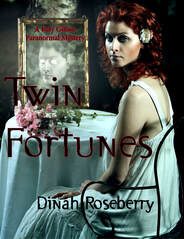 Katy Gillam is dead. But that doesn’t mean her life is over in the traditional sense. She’s been given an important job in the afterlife. Because she was a victim of a premeditated violent crime resulting in murder before her fated time, she will now be the protector for those on the earthly plane who may be facing similar circumstances. New to the position, she seeks the help of her two zany live granddaughters, Babs and Donna, who somewhat reluctantly accept the “opportunity” given them by their loving grandmother. So now, as a three-person peculiar team, their first jaunt into corruption involves the safeguarding of Michael Lowen, a wealthy property owner who is about to receive a massive inheritance. Sound easy? Not so much, especially when grandmother’s messages and new powers have strange consequences, one being her ability to change her granddaughters into twins to solve the case. But now they are targets for murder, too, and Grandma is fading—again. Appropriate for all ages. 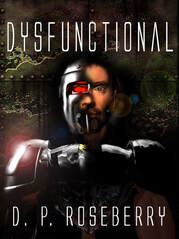 A Police Mystery with a Sci Fi Twist

Officer Richard Berry has a problem. Not only has a smuggling ring for robotic transistors (that would enable robotic terrorism) set up shop in his district, but a fellow officer had turned up dead in the lake. So now Berry must infiltrate the neighborhood posing as an immature Dysfunctional robot ? a robot that looks and acts very much like a human ? to find the culprits. But who knew that in this disguise he would meet the woman of his dreams? A hard-boiled police whodunit of the future ? where robots and people interact -- when they shouldn't. 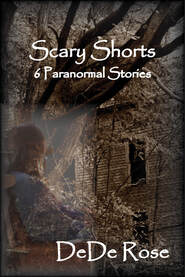 Join ghost investigator DeDe Rose as she journeys through the world of the paranormal with six bizarre and scary stories taking place in Pennsylvania. Each creepy story has an element of truth to rock your disbelief in things that go bump—or boom!—in the night. A special author note for each tale gives you the scoop. Find out about a werewolf legion in Strasburg and visit a haunted book store in Phoenixville. Discover an evil painting in Intercourse and a strange GPS system leading to a killer diner. Chuckle with a ground hog ghost and cringe hearing a supernatural call in the night. You know there’s something out there beyond our five senses, right? It’s time to explore that unknown.

​Available on Audio at I-Tunes and Audible!
Click to buy the audio of Scary Shorts!